In this post, we’ll show you how to install RV insect screens over refrigerator, furnace, and water heater vents. You can also check out our How-To video on our YouTube channel.

We all enjoy the great outdoors, but there are some parts of it that we would rather keep outside. Mosquitos, wasps, and other pests are unwelcome guests in any RV. Besides being a nuisance, some can build nests in vents that interfere with airflow, causing serious damage to appliances. You can easily install RV insect screens to prevent bugs from crashing your next camping trip.
Before you head to the parts store, look at the shape of your RV’s vents and measure the size of each. Camco makes multiple sizes and styles of insect screens, but if you know your vent dimensions it should be easy to find the correct parts for your RV. When in doubt, consult your owner’s manual for more information. 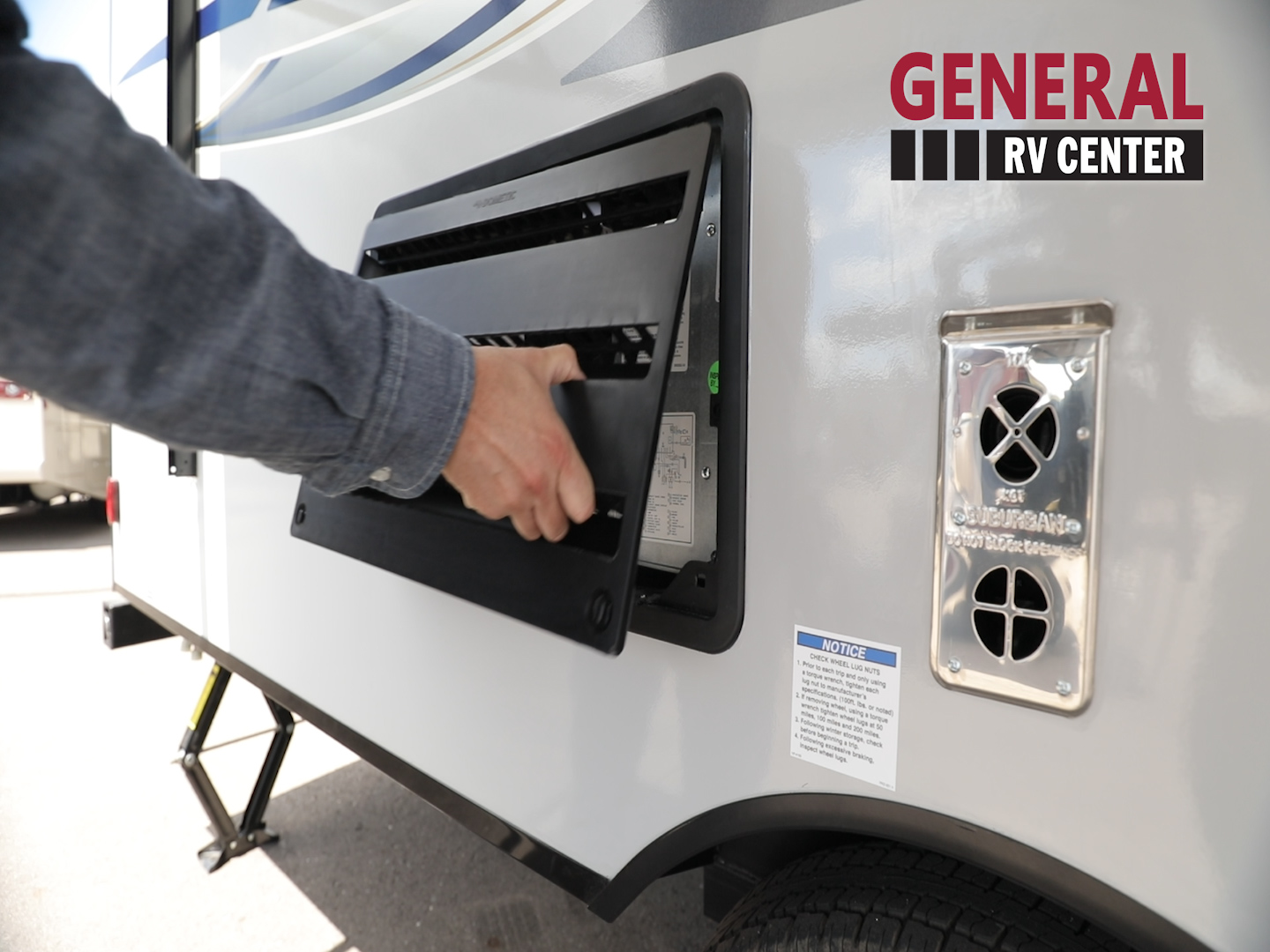 How to install RV insect screens for refrigerator vents

The refrigerator vent insect screen kit includes a set of long, flat screens and plastic zip ties for securing the screens to the vent cover.
END_OF_DOCUMENT_TOKEN_TO_BE_REPLACED

Winterizing your towable RV, such as a travel trailer or fifth-wheel, and/or

motorhome is a bittersweet affair. On one hand, you have to do it so your precious baby will survive the cold weather ahead. On the other hand, it means the end of the camping season.
Come to think of it, there’s nothing sweet about it. It’s all bitter.
Regardless, it’s one of those jobs that you have to do. So put the cider down, roll up your flannel sleeves and let’s get to work.
Probably the most important thing you do to winterize your camper is to make sure the water in the pipes don’t freeze. To do this, you remove as much water as possible from the pipes, and then add RV antifreeze so any remaining water doesn’t freeze.
I don’t know about you, but I do much better when I have a checklist to go by. So let’s start with a checklist.
END_OF_DOCUMENT_TOKEN_TO_BE_REPLACED

The first tip for how to drive your RV in poor weather conditions is to not drive your RV in poor weather conditions.
Check the forecast and if there’s a threat of severe weather, leave it parked in the driveway and delay that trip for a while. Stay at the campground a little longer, even overnight if you have to. If you’re on the road, then pull over into a rest stop or at the next exit and wait it out.

If the conditions are not suitable for driving your RV, then don’t drive your RV. It’s as simple as that.
Having said that, there are times when driving your RV in poor weather conditions is unavoidable. When you’re caught in those situations, there are certain tips that can help you navigate safely and arrive at your destination.
First and foremost, slow down and increase the distance between you and the driver in front of you. Think of what it’s like driving a passenger vehicle in severe weather. Now, factor in the additional weight, height, width and length of your RV and you can understand how poor weather can exaggerate its unique driving requirements.
END_OF_DOCUMENT_TOKEN_TO_BE_REPLACED

It’s been said that mosquitos’ should be the state bird in the Midwest. Of course, that’s been said in every state, but the point is mosquitos’ are about as much fun on a camping trip as rain.
Likewise, who among us haven’t suffered the itchy effects of a good infection from poison ivy? There are few things that can ruin a good camping trip than getting caught in a patch of poison ivy — except maybe a swarm of mosquitos’.
Of course, everyone knows someone who claims to not attract mosquitos’, prompting the little bloodsuckers to concentrate their efforts on the lucky few who are a walking buffet. And there are even a handful of people out there immune to poison ivy. To all those people, I say this: Go away and leave me to suffer without your gloating.
That said, there are things we can do avoid being bit or stung by mosquitos’ and other harmful insects as well as not fall victim to poison ivy and other harmful plants.

There are two main mosquito repellents — deet and permethrin — tha

t are
recommended and are the only chemicals approved for use in the U.S. Department of Defense protection system.
Deet is the most common insect repellent worldwide and is available in many forms by many brands at many retailers. Permethrin is a contact insecticide applied to clothing, gear, mosquito nets and bedding and is not applied directly on the body (although it is harmless to human skin). Permethrin is available as an aerosol or pump spray to be applied to clothing, or pre-applied clothing is also sold at outfitters nationwide.
When used together, they provide nearly 100% protection from ticks, mosquitoes, chiggers, fleas and other harmful insects.
Another repellent, or so the Internet would have me believe, is to put a clump of sage in your campfire. We grew sage in our garden this year to test that claim. I’m still itching to try it out (get it?).
END_OF_DOCUMENT_TOKEN_TO_BE_REPLACED

Error type: "Forbidden". Error message: "Access Not Configured. YouTube Data API has not been used in project 314665854734 before or it is disabled. Enable it by visiting https://console.developers.google.com/apis/api/youtube.googleapis.com/overview?project=314665854734 then retry. If you enabled this API recently, wait a few minutes for the action to propagate to our systems and retry." Domain: "usageLimits". Reason: "accessNotConfigured".